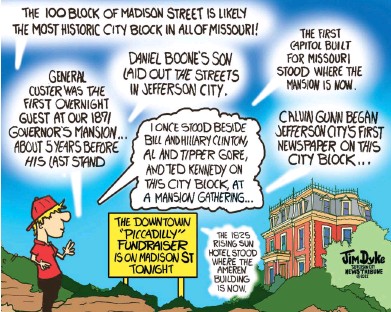 It was the kind of Pope John Paul II quotation that was powerful and prophetic — but hard to print on a political bumper sticker. “America will remain a beacon of freedom for the world as long as it stands by those moral truths which are the very heart of its historical experience,” he said, during his 1999 U.S. tour. “And so, America: If you want peace, work for justice. If you want justice, defend life. If you want life, embrace the truth — the truth revealed by God.” One American activist who paid close attention was Ronald J. Sider, a Mennonite theologian who was already several decades into a career built on asking Americans to ponder precisely that equation. Politicians on the left and right would cheer as John Paul attacked the modern world’s “culture of death,” said Sider. But, in private, Democrats and Republicans would groan. “People on the left will love what he had to say about the death penalty and racism and caring for the poor,” said Sider, when I reached him by telephone. “But many liberals are going to squirm because he ties these issues directly to traditional Christian teachings on abortion and euthanasia and family life. Meanwhile, some people on the right will squirm because the pope made it very clear that he links these pro-life issues to the death penalty and poverty, sickness, hunger and even the environment.” Sider added: “We live in an age of incredible relativism in this society and even in the church. We live in a land that seems to have lost its way.” These kinds of tensions defined Sider’s own struggles as a hard-to-label political activist and ecumenical leader. He died July 27 at the age of 82. Christianity Today listed Sider’s classic “Rich Christians in an Age of Hunger” as one of the 20th century’s most influential religious books. The flagship evangelical magazine also ran this headline with a cover story about Sider’s career — “Ron Sider’s Unsettling Crusade: Why does this man irritate so many people?” Conservatives often noted one of Sider’s first forays into politics was creating Evangelicals for McGovern during the 1972 White House race. This was just before the Roe v. Wade earthquake in 1973, when Sen. George McGovern was best known for opposing the Vietnam War. The religious left was upset in 2009 when Sider joined a Catholic, Orthodox and evangelical coalition backing the Manhattan Declaration, a manifesto the Los Angeles Times called “irresponsible and dangerous.” It proclaimed “no power on earth, be it cultural or political, will intimidate us into silence or acquiescence” on centuries of doctrine on marriage, sexuality and the sanctity of human life. Citing the First Amendment’s defense of religious liberty, the signers vowed to reject “any edict that purports to compel our institutions” to compromise. The political heat kept rising and, in 2020, the Evangelicals for Social Action organization — which Sider founded in 1978 — changed its name to Christians for Social Action. In 2020, Sider edited a book of essays entitled “The Spiritual Danger of Donald Trump.” Through it all, Sider refused to compromise on core Christian doctrines and warned believers to be realistic about what political warfare can, and cannot, accomplish. In 2020, he told the Australian journal Zadok Perspectives he remained focused on the truth of Easter and, thus, “I am not driven to make things happen or to deep despair when something doesn’t work because I know where history is going.” Hard questions were inevitable. Thus, in his 1987 book, “Completely Pro-Life,” he offered an answer to this familiar question: “What does it mean to let Jesus be lord of our politics?” “It means consciously deciding to examine every political thought and action by the standards of God’s Word,” he wrote. “It means refusing to be a radical in the sixties and a neoconservative in the eighties just because the political winds have changed. It means an unconditional resolve to vote and lobby according to the standards of Jesus’ dawning kingdom rather than according to the values of the status quo.” Later in the book, he added: “It is only as the church truly models the values it proclaims that its political activity has integrity. Too often Christian leaders ask Washington to legislate what their parishioners refuse to live. That is a farce.”